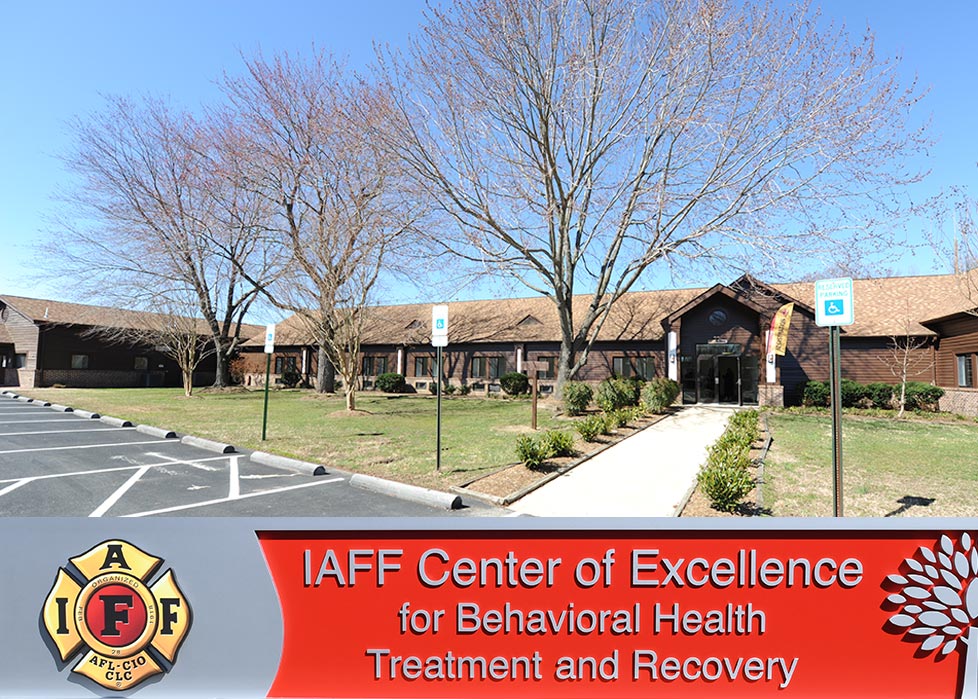 I was online the other night and was served an advertisement for the “IAFF Center of Excellence.”

A click on the ad provided “404 error messages” or a block by Google which usually happens when there is a security issue with the site.

Either way, not so excellent.

I eventually learned that:

“The IAFF Center of Excellence for Behavioral Health Treatment and Recovery is a one-of-a-kind addiction treatment facility specializing in PTSD for IAFF members – and IAFF members only – who are struggling with addiction, PTSD other related behavioral health challenges to receive the help they need in taking the first steps toward recovery. “

What a confusing bit of generally incomprehensible prose.

It’s unclear if you must suffer from PTSD to qualify or if they are simply good at treating it.

Will they take a non-PTSD member with addiction issues or is addiction a requirement for entry?

Again, not so excellent.

Of course, the purpose of advertising is to raise revenue so the dot com address and the ads should raise a red flag for IAFF members.

In fact, if you google the Center it comes up as an ad at the top of the search results.

Does a treatment center only for IAFF members really need ads?

Can it not be successfully marketed internally through state associations and local unions?

It seems we have been here before.

Harold Schaitberger, IAFF General President,  has made a career out of selling (out) the IAFF, especially when it benefits him and his cronies in some way.

He once tried to sell us, even in death, by cooking up a deal with Tony Coelho, who was then representing the funeral industry, it was to be cut rate burial deals for you and yours.

He had much more luck selling us out to his crony in information technology, awarding hundreds of thousands of dollars in dubious, no bid contracts where he would frequently order that his buddy be paid up front.

That went on until former IAFF vice-president Joe Conway finally stopped him.

(Conway would later pay for such ethical “meddling” with his board seat.)

But Schaitberger’s crowning sellout has been in the area of insurance and financial services by awarding no-compete and no-bid business to yet another close friend from whom he purchased a million dollar house and was rung up by the U.S. Department of Labor for failing to disclose it.

It was a clear conflict of interest.

And let’s not even dare to mention printing and convention services.

IAFF Chief of Staff Jim Lee used to bitterly complain about those costs.

Is the Center of Excellence just another example of Schaitberger’s complete lack of ethics amidst his long history of sellout deals?

We are informed that the “Center of Excellence” is our center.

According to Investopedia, “the primary reason an LLC is selected as an ownership structure is to limit the principals’ personal liability.”

In other words, an opportunity to reap profits while avoiding personal exposure.

The Recovery Village Maryland’s resident agent is CORPORATION SERVICE COMPANY located in Baltimore, MD, a foreign corporation not in good standing with the state of Maryland.

Their resident agent is CSC-LAWYERS INCORPORATING SERVICE COMPANY, located in Delaware, also a foreign corporation and also not in good standing with the state of Maryland.

None of this may be fatal but it certainly isn’t excellent, either.

The Center of Excellence is (apparently) owned by Advanced Recovery Systems (ARS), a Florida-based company and Mitchell Eisenberg, referenced earlier, is the “co-CEO and co-chairman.

ARS is a “foreign limited liability company” registered in Delaware though their offices seem to be in Florida.

Maryland, Florida, Delaware–It’s all rather confusing and a bit sloppy, too.

Because of the Delaware Limited Liability Company Act (DLLC) which MorrisJames.com describes:

“One of the most appealing aspects of the DLLC is the limited liability afforded to a DLLCs owners and operators. The DLLC Act generally refers to owners of a DLLC as “members,” and to persons designated to manage the business and affairs of the entity as “managers.” Members of a DLLC may, but are not required to, be managers of the DLLC, thus opening the door for investors or other non-managerial persons or entities to enjoy the benefits of the DLLC. The DLLC Act provides that no member or manager is liable personally for any debt, obligation, or liability of a DLLC solely by virtue of such party’s status as a member or manager. In addition, the DLLC Act expressly empowers a DLLC to “indemnify and hold harmless any member or manager or other person from and against any and all claims and demands whatsoever.”

As a member of a labor union you shouldn’t be feeling warm and fuzzy about any of this or when you learn that Eisenberg is partnering with “Goldman Sachs private equity in this entity.”

“As ROLLING STONE’s Matt Taibbi infamously characterized it last year, the financial behemoth [Goldman] is “a great vampire squid wrapped around the face of humanity, relentlessly jamming its blood funnel into anything that smells like money.”

Elsewhere in the fine print it says we are partnering with ARS.

Does that mean we are in on the Goldman Sachs deal?

Somehow I doubt it.

Which raises the fundamental issue of why we aren’t partnering with a non-profit for these services.

Reason? There is money to be made, of course.

I found Dr. Eisenberg’s online bio to be telling; if you are looking for a professional clinician eager to share his medical and research accomplishments, skip it–Dr. Eisenberg is a businessman, plain and simple.

Here’s a typical sample in the lead paragraph, “Dr. Eisenberg was instrumental in their multiple financial transactions, including an IPO in 1995 and four separate private equity transactions, including TA Associates, Vestar Capital Partners, JW Childs and Hellman and Friedman. Under his leadership as CEO, Sheridan Healthcare grew from a single local practice to a national company in 23 states.”

I think I need a drink.

In all of Schaitberger’s prior sell-out escapades he has glommed onto someone who fed his ego or could advantage him in one way or another.

These acts are never about forging the IAFF as a fierce advocate for union firefighters and paramedics.

We should rightly assume the same here, some dubious connection other than a professional assessment of providers carried out under a request for proposal by a specialized healthcare consultant.

By the way, Dr. Eisenberg’s Advanced Recovery Systems doesn’t show up on routine searches for the best treatment centers in the U.S.

That’s hardly a disqualifying factor but neither is it a hopeful sign that Schaitberger actually wants the best for us.

Schaitberger has sold us out to manufacturers, contractors and service providers and has also shaken down charities, all to fund his lavish lifestyle of excess through multiple “no questions asked” IAFF credit cards.

The Centers of Excellence has the look and feel of Schaitberger’s latest bit of unethical hocus-pocus, auto-approved by a board of directors far too timid to ever raise an objection about process, policy or ethics.

Has our mental health been forfeited for yet another Schaitberger no-compete/no-bid deal?

He should share with all IAFF members the details of the selection process and any and all payments or compensation coming to the IAFF or its officers from ARS or any of their entities.

Show us the contract.

Oh, and enough with the ads, already.

Star Witness
Schaitberger Bankrupts Pension Fund
To All: Sometimes people get away with and control things for so long, they never think they will get caught. Harold's motto has alway been: "DO IT, UNTIL YOU GET CAUGHT!" I know this on a personal level as it related to me. In our society we see all too often, people that are corrupt…
2020-04-11 15:55:54

Southwest IAFF Firefighter
IAFF: Schaitberger Issues Statement
Every IAFF local from the smallest to the biggest should conduct an audit of their finances. I'm not talking about the mandatory routine mail-it in audits that never produce any information good, bad, or otherwise. I am talking about a forensic audit of all union monies from an outside auditor. Most locals will find nothing,…
2020-04-09 13:35:38

Jack Culkin
FDNY’s Hagan: Schaitberger = Treason
I know Al Hagan for over 40 years and if he says the IAFF needs transparency be sure the IAFF needs full transparency. Al was one of the best President’s of the UFOA not to mention a great leader of Ladder 43 located in Spanish Harlem. Jack Culkin
2020-04-03 16:50:53

Jack Culkin
FDNY’s Hagan: Schaitberger = Treason
I know Al Hagan for over 40 years and if he says the IAFF needs transparency be sure the IAFF needs full transparency. Al was one of the best President’s of the UFOA not to mention a great leader of Ladder 43 located in Spanish Harlem. Respectfully, Jack Culkin
2020-04-03 16:48:54

The Future of EMS Education